The Pride and Spirit of Independent India – #Turning70 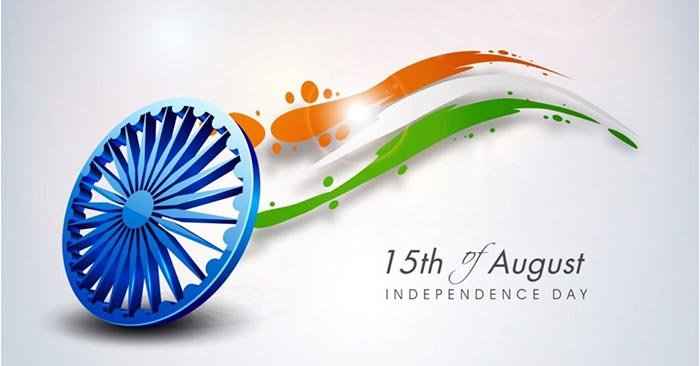 When independent India is turning 70, what we must remember is the glorious progress the country has achieved so far. The 70 years have seen many changes in the socio-economic infrastructure of the nation with the influence technology, literacy and authority.

From the edge of bankruptcy to one among the fastest growing nation in the world, the journey of India is worth being prideful. When we compare our country to other more successful ones, we should keep in mind that we had different problems compared to them. To know the progress of India after 70 years of independence, let’s see what difference we have made in these 70 years.

Let’s look into the pride and spirit moments of the independent India while we are turning 70.

In the past five years, we have witnessed a great progress in the digital advancement of India. Research studies have shown that, India has made great achievements in developing the digital economies and integrating the connectivity into the lives of billions. We are deploying technologies that have direct impact on lives of billions of people. One example I must quote here is Aadhar Card. Because of Aadhar card and direct benefit transfer scheme Indian government has saved millions of rupees.

One of the important factors contributing to the fast growth of digital media in India is the usage of technology. Entry of wireless technology & VoIP has done the major role in encouraging the people to get used to these. If you just look back and see how we have changed methods of communication you will realize how fast we have moved from a land-line phone call to a WhatsApp based video call.

There are over 900 million mobile users in India, which makes us the second largest mobile consumer base in the world. The continuous launch of better digital gadgets like mobile, tablet, laptop, PC etc. has influenced the development to a great extent. New entrants like Jio are bringing in disruption in mobile telephony and making communication more affordable and widely available.

By the end of the year 2020, India and China will add up almost half of all the mobile subscribers in the world.

India has surpassed Japan to become the 3rd largest internet users in the world after China and US with a majority audience of youngsters between the ages of 18 to 35.

Google is highest visited website in India. This shows Indian’s are hungry for content that they want to consume. We are always looking out for answers online. We use internet for knowledge sharing and social networking as well. We are going online and we are making more friends online too, Facebook is second most visited website in India. Today, both Google and Facebook cannot overlook at India and draft their business strategies.

Indian users have contributed to the development of other popular search engines and social media sites like Yahoo, Microsoft, Wikipedia, Twitter, LinkedIn etc.

The establishment of Wi-Fi hotspots and recent campaigns like ‘Digital India’ and ‘Jio free 4G services’ has brought internet access across rural & urban regions of India that in turn resulted in a further rapid growth of internet usage.

Apart from the entertainment factor, the use of Internet has established in e-Governance as well as government services leading to a more cashless and automated economy. Penetration of Internet is resulting in more accessibility to govt. facilities and less corruption. If you wish to apply for passport, going to passport office’s website and making an online application is first step, we have made a good progress!

Even though we lost our ‘missile man’ a year back, our achievements in the space exploration so far have reached a stage to give a tight competition to the top developed countries.

India joined an exclusive global club when it successfully launched Mangalyaan, the Mars Orbiter Mission in 2014 with a budget that was much lower than a similar project by the US.

In 2016, India achieved a milestone with successful launch and deployment of more than 100 satellites in to space which were not just built by Indian space agency ISRO but by many developed countries like United States, Germany, Canada etc.

These are only some of the remarkable achievements of India made in last decade, considering the small budget of the Indian Space Research Organization (ISRO), which has made a big name and popularity for low-cost, high-return space missions.

India shares border with some hostile countries with whom we have a history of war. Keeping a peaceful atmosphere along with the development and testing defense related measures, India has never initiated an attack on any countries.

With great talents in technology, & defense research Organizations India is doing their best in the Indian military by either developing technology & designs indigenously or by collaborating with foreign companies.

Following are some of the prideful possessions of Indian defense forces:

Taking into account the Indian history, the demography, poverty issues and plunder left behind by the colonial powers at the time of independence, India has achieved marvelously good results within these 70 years.

Proud of you India, proud to be an Indian. Jai Hind, Vande Mataram.

Leave a reply Click here to cancel the reply

© 2006-2022 Ashish Kulkarni, All rights reserved. Use of and/or registration on any portion of this site constitutes acceptance of my Privacy Policy and Cookie Statement (updated 5/25/18). AshishKulkarni.net may earn a portion of sales from products that are purchased through my site as part of Affiliate Partnerships with retailers. The material on this site may not be reproduced, distributed, transmitted, cached or otherwise used, except with the prior written permission of Mr Ashish Kulkarni.

I a not around right now. But you can send me an email and I will get back to you, asap.